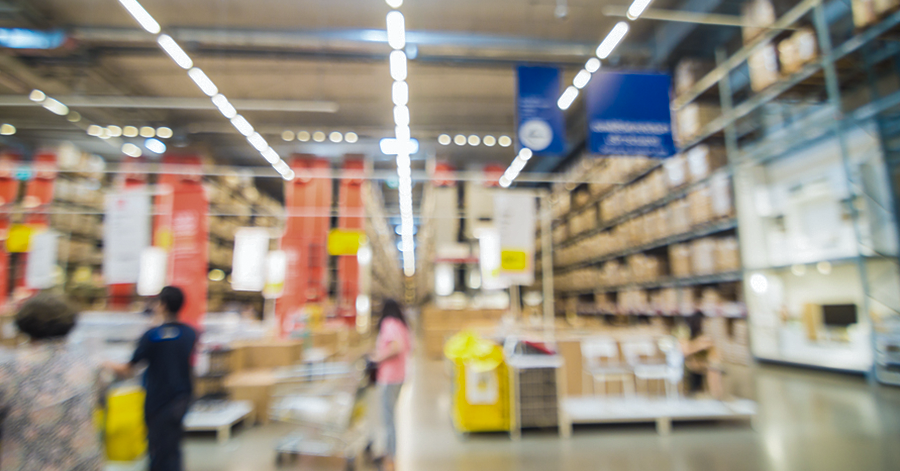 We recently discussed two Mode of Operation Rule cases, Troupe v Burlington Coat Factory?and Prioleau v. Kentucky Fried Chicken. We invite you to review our prior blog posts for a full review of the Mode-of-Operation Rule. Both Troupe and Prioleau were decided in favor of the business owners. The latest case, Walker v. Costco Wholesale Warehouse, is a win for the plaintiff?s side.

The Walker case involved a slip and fall close to a free sample table, at Costco in Ocean Township, where bite sized pieces of cheesecake were being offered in small paper cups. The plaintiff claimed that he was injured when he slipped and fell on what appeared to him to be a yogurt-based product. After falling he noticed that the side of his pants were wet and smeared from the substance, though he was unable to determine exactly what is was.

He was unable to estimate the distance between the location of his fall and the sample table, but did mark the location of his fall on a diagram. The case was tried before a jury and the trial judge refused to advise the jury of the Mode-Of-Operation Rule, finding that the rule did not apply to the case because the plaintiff was unable to specifically match up the yogurt-based product on his pants with the cheesecake from the sample table. The jury found in favor of Costco and the case was dismissed.

The plaintiff then filed an appeal and the Appellate Court disagreed with the trial judge?s refusal to give the jury the Mode-Of-Operation instruction. First, the Appeals Court noted that there is a self-service component to the sample table, which triggers the Rule because customers are free to pick up the sample and then walk around the store at their leisure. This activity made the risk of dropped samples foreseeable, thereby justifying the application of the Rule.

Next, the Appeals Court found the description of a yogurt-based product potentially close enough to cheesecake. The Court noted that the cheesecake ?may well have become softer, creamier, and more ?yogurt-like?? due to being left on display at room temperature. In addition, it considered the location of the fall in the diagram to be a relatively short distance from the sample table.

The Appeals Court thought it best to allow the jury to consider the Mode-Of-Operation Rule in light of these facts, rather than the trial judge making that judgment call. The case will now need to be re-tried before a jury.

In our opinion, the Appeals Court appeared to be speculating that the cheesecake could have become more yogurt-like at room temperature, and that the sample table was close to the location of the fall. The facts don?t appear to support these conclusions and the Court appears to be unnecessarily straining to rule in favor of the plaintiff. The Appeals Court even says in its opinion (contrary to its ultimate decision) that the plaintiff did not provide a ?particularly compelling factual basis to support his mode-of-operation argument.? Why rule in favor of the plaintiff when the trial judge, the jury, and the appellate court all appear to have such a low opinion of the merits of the case?